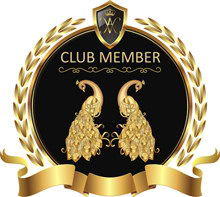 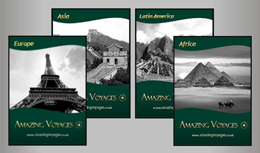 ITINERARY
Day 1. New Delhi
Arrive early morning, reception and transfer to your hotel. Free day at leisure to relax after the long flight.

Day 2. New Delhi (B)
After breakfast, a half day guided city tour of New Delhi.
No fewer than eight cities have been built side by side through the centuries on what is modern New Delhi. The city as it stands today has been built by Hindu, Muslim and British builders, and in just a few minutes you can be transported from the neo-classical architecture of the elegant garden city of New Delhi to the narrow, twisting lanes that surround Chandni-Chowk in the old city. At Hauz Khas, one thousand-year old fortifications go hand-in-hand with a lively Indian village, replete with wandering cows and goats.
The city tour includes the buildings of Edward Lutyens, the Presidential Palace, Parliament House and India Gate. You will drive through Delhi's beautiful tree-lined avenues and the Diplomatic Enclave enroute to the 12th century, 234 foot high fluted minaret of Qutab Minar. Later, you shall stop at the Hauz Khas. A welcome dinner atop the fort, with a live introduction to Indian folk music and dances, shall prepare you for the magic of the days to follow.

Day 3. New Delhi - Jaipur (B &D)
After breakfast, a guided city tour of Old Delhi. Today, you will explore the magnificent Red Fort, built at the zenith of the Mughal Empire in India. The centuries-old international market-place that sprawls at its feet is still one of Delhi's most important commercial hubs: Chandni Chowk, or"Moonlight Square". You shall ride on cycle-rickshaws through the bustling silver market and the wholesale spice market. The sounds, smells and colours of the bazaar, and the throng of people who animate it makes this an unforgettable spectacle. Your last stop in Old Delhi shall be the elegant Jumma Masjid, the largest mosque in Asia.
After lunch (not included) a half-day drive to Jaipur. The fortifications surrounding Jaipur give it a medieval atmosphere and the delicate honey-comb design of the 'Palace of Winds' glows in the light of the setting sun. High above the city, the towers and domes of the Amber Palace are reminiscent of scenes from a fairy tale. Indeed, Jaipur embodies all that you may have heard about the pomp and pageantry of India, its Maharajahs and their fabulous palaces, and the marvellously colourful drama of life on its bustling streets. Approaching Jaipur, you will drive past stretches of golden sand and low, rocky hills dotted with tiny fortresses. Occasional camel-drawn carts share the road. Arrival at your hotel in the early evening and check in.
A lively programme of Rajasthan's famous folk dances shall precede dinner in the gardens of your exquisite palace hotel.

Day 4. Jaipur (B & D)
After breakfast, a guided tour ascending to the fort atop gaily decorated elephants, as did the Maharajah's of the past. Within the fort walls lie an assortment of buildings famous for their intricate mirror inlays - the Hall of Mirrors, Kali's Temple, palaces with latticed windows and beautifully sculpted arches and pillars.
In the afternoon you will tour Jaipur City, visiting the Maharaja's City Palace. The City Palace is still the residence of the Jaipur family, and its museum displays a fabulous collection of paintings, carpets, jewellery and arms. You will also visit the Jantar Mantar (Royal Observatory), and the Hawa Mahal, or "Palace of the Winds". This is a multi-storied, intricately latticed facade of pink sandstone, designed for the pleasures of the ladies of the royal court. From here they could look out upon the quaint bazaars that still thrive around the palace, without exposing themselves to the prying stares of the commoners. Later, you shall explore the same colourful bazaars on foot.. The sheer variety of the items that are sold off the street is fascinating, ranging from the mundane to the exotic.
In the evening visit the exquisite Samode Palace, over an hour's drive away for dinner.

Day 5. Jaipur-Agra (B)
Today a half-day drive to Agra. Arrival and tour of the Agra Fort. The Agra Fort was once the flourishing headquarters of the Mughal dynasty, and four successive emperors helped to create its massive walls, within which Hindu and Muslim styles of architecture blend in a splendid fusion of military might and lavish beauty.
After lunch (not included) we spend the afternoon and early evening at the Taj Mahal, the magnificent monument to an emperor's love for his queen. The ultimate symbol of the Mughal Empire's achievements in India is the Taj Mahal at Agra.
Built by the Moghul Emperor Shah Jehan in memory of his queen, it is unquestionably the world's most magnificent monument to conjugal Love. A colossal, perfectly proportioned mass of marble, the Taj Mahal is literally a jewel, fashioned over 17 years by 20,000 craftsmen & labourers. It seems to float, like a fantastic mirage, upon the banks of the River Yamuna.

Day 6. Agra - Jhansi - Orchha (B)
Morning transfer to the railway station for the train to Jhansi. Arrival to Jhansi & drive to Orchha and your hotel. In the afternoon, a tour of this historical site with magnificent temples and monuments. Some of the palaces were decorated with painted murals which represent the finest flowering of the Bundela school of painting. Overnight stay in Orchha.

Day 8. Khajuraho-Varanasi (B)
After breakfast explore the Western and Eastern temples of Khajuraho while your guide explains the intricate meaning and legends behind each sculpture. Transfer to the airport for the short flight to Varanasi. Arrival and transfer to your hotel. Benaras or Varanasi is probably the world's oldest living city. Since time immemorial, millions of pilgrims arrive every year in Benaras, in search of salvation in the waters of the holy river Ganges. At dawn, they become a thousand spots of colour bathed in the golden waters of the Ganges. The scene on the bathing ghats is quite fascinating to the western eye. Yogis meditate in impossible positions; Brahmins sit under mushroom-like umbrellas, to bless everyone for a fee. Men and women in various stages of wetness reverently launch little oil-lamps on to the water. Bursts of religious song mingle with the tolling of temple bells.
In the afternoon a half day guided tour of Sarnath, where the Buddha preached his first sermon.
Located in a deer park, Gautama Buddha first taught the Dharma here and it is where the Buddhist Sangha came into existence through the enlightenment of Kondanna.

Day 9. Varanasi (B)
Free day at leisure to explore Varanasi . Take a cycle-rickshaw ride through the colourful streets and bazaars of Varanasi, probably the world's oldest living city, contemporary of Babylon, Nineveh and Thebes.
Mark Twain wrote: "Benares is older than history, older than tradition, older even than legend, and looks twice as old as all of them put together.
A city of temples, almost every road crossing has a nearby temple. Such small temples form the basis of daily local prayers and other rituals but there are many large temples too, erected at different times throughout the history of Varanasi.

Day 10. Varanasi-Katmandu (B)
After breakfast, early morning boat ride on the river Ganges. Witness the colourful, ancient and sometimes amazing rituals performed on the banks of the river by thousands of devout pilgrims.
In the afternoon, transfer to the airport for the short flight to Katmandu in Nepal. Arrival and transfer to your hotel. Katmandu is an exotic town cradled by the magnificent Himalayas. It has a quaint and easy charm atmosphere.

Day 11. Katmandu (B)
After breakfast a half day guided tour of Katmandu including the Durbar Square. A UNESCO World Heritage Site, Durbar Square is the religious and social heart of Kathmandu's old city and is a complex of palaces, temples, shrines, statues and courtyards built between the 12th and 18th centuries by the ancient kings of Nepal. The temple or the residence of the Living Goddess, Kumari, is situated in the vicinity of Hanuman Dhoka Palace. The building has profusely carved wooden balconies and window screens. The Kumari must be of the Newari Shakya caste, and must be a virgin with no body marks or injuries. When she attains puberty she is replaced by another Kumari.
In the afternoon, visit to Pashupatinath, some 2 miles east of Katmandu city. The Pashupatinath temple is one of the holiest of Hindu temples. Set amidst lush green forests on the banks of the sacred Bagmati River, the temple is built in the pagoda style, with a gilded roof and richly carved silver doors. Boudhanath, 5 miles east of Katmandu city is one of the largest stupas in the world. It stands with four pairs of eyes scanning the four cardinal directions, keeping watch over human prosperity and righteous behaviour. The stupa is built on an octagonal base inset with prayer wheels. The shrine is ringed by the simple homes of Lamas (Buddhist monks).

Day 12. Katmandu - Bhaktapur (B)
Today a visit to Bhaktapur, lying just 22 miles east of Kathmandu, Bhaktapur, also known as the City of Devotees, was the capital of the Kathmandu Valley during the 14th to 16th centuries, and showcases a wealth of fabulous architectural showpieces, soaring pagodas, richly ornamented houses and medieval layout is testament to this period. The whole town is a UNESCO World Heritage Site and the main central square, Durbar Square, boasts many architectural attractions, including the Golden Gate, the 15th-century Palace of 55 Windows and several statues of ancient kings. The second main square of Taumadhi is presided over by the graceful Nyatpola Temple, the tallest in the Valley atop a five-story platform. Bhaktapur is also the centre of traditional pottery and weaving industries in the Kathmandu Valley. Return to Katmandu.

Day 13 Katmandu-Delhi (B)
Free morning to take a walk or ride a cycle rickshaw through the older part of Katmandu. In the afternoon, transfer to the airport for the flight to New Delhi and your connecting flight home.

If you would be interested in an extension to the Royal Chitwan National Park, please ask for further details. The Royal Chitwan National Park is the oldest safari destination in Nepal. Situated in the sub-tropical Tarai lowlands, the jungle is home to endangered animals such as the one-horned rhinoceros and the Royal Bengal tiger. Other animals include leopards, wild elephants, Indian bison, sloth bears, crocodiles, pythons, monitor lizards, pangolins, and over 400 species of bird.

Back to Top
PRICE
Please Contact Us
WHAT IS INCLUDED / NOT INCLUDED
Our price Includes:
The price includes international return flights from London in economy class, accommodation in 5 star deluxe hotels, all tours and transfers in private with an English speaking guide, meals as indicated in the itinerary, domestic flights in economy class, India - Nepal - India international flights in domestic class and all taxes. Prices not applicable for Christmas/New Year, all of Nov and all of February.
Our price does not include:
Meals not specified and travel insurance are not included. Business class and First class air ticket quotes provided upon request.
Back to Top
TOUR MAP 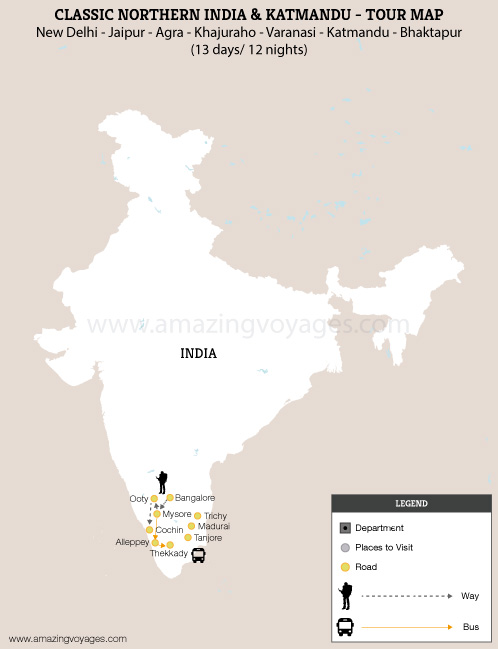